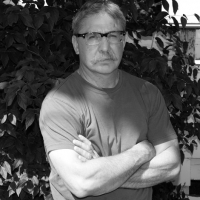 "Zupan is committed to shrewd storytelling. Who can resist the persuasions of a gifted killer? What happens when a decent man befriends an indecent one? How long can evil remain locked away." — Excerpted from NYTimes Review. We are very excited to have Kim Zupan join us at the Library. “The Ploughmen: A Novel” is an intensely Western novel, though not in the Zane Grey/Louis L'Amour sense of the word. There are no white and black hats, no good guys chasing bad guys on horseback. It's a portrait of the West as a sometimes desolate and cold place, full of possibility, maybe, but also full of danger from every corner. It's a modern West, caught between the romance of the frontier and the mundane, harsh realities of living in the present-day United States.


And it's absolutely beautiful, from its tragic opening scene to its tough, necessary end.
Zupan is an unsparing writer, but also a generous, deeply compassionate one, and the relationship between Millimaki and Gload is one of the most troubling, truest ones in recent American fiction. “The Ploughmen” is, finally, a novel about the fine line between fight and surrender — which is sometimes the same line between life and death. — Excerpted from NPR.


NOTE: Actor and Director, Ed Harris is working to bring this novel to the screen. He has scouted Montana several times and intends to film in Montana.
NY Times Book Review: https://www.nytimes.com/2015/01/04/books/review/the-ploughmen-by-kim-zupan.html